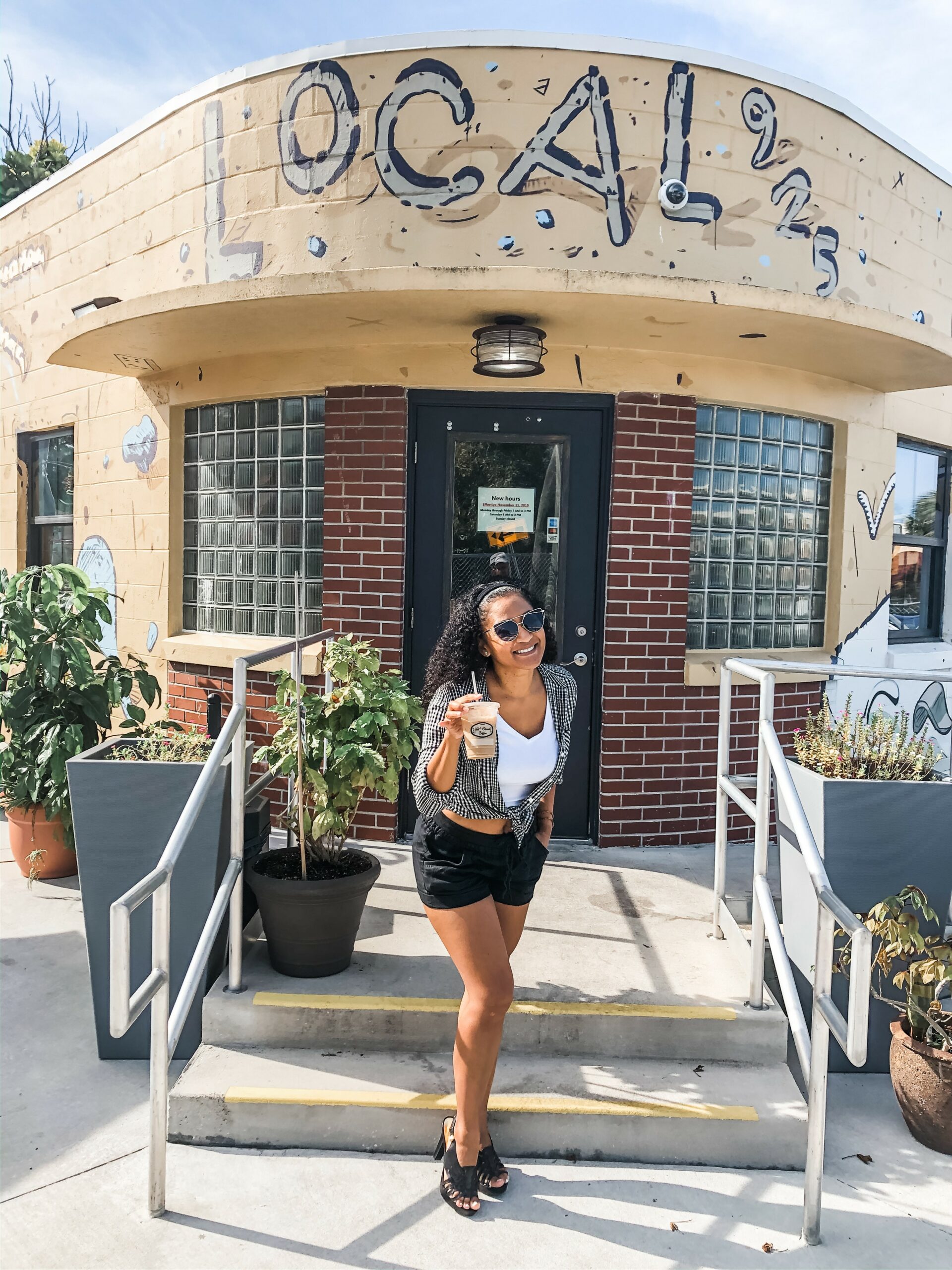 22nd Street Coffee Is Not Your Average Coffee Shop – It is a Tampa Hub of Coffee History, Education & Culture

Coffee Before it was “A Thing”

When I moved to Seattle in the ’90s I embraced the fact that I could grab an espresso on any corner and it would be better than any coffee I could pick up in any other part of the US. Seattle was really the only place you can find artisan coffee made by a barista! I remember moving away from Seattle and for years never having the same coffee experience and being the only one among my peers that even knew what an espresso was. I was okay with that as “coffee was a Seattle thing” and you had to visit Seattle to understand.

Little did I know that a coffee craze that was about to hit the rest of the US with the growth of Starbucks, which was just another coffee shop and not that big a deal in the ‘90s. I remember not really even caring for coffee all that much back then for I had young taste buds and I preferred a steamed hot chocolate with a shot of Irish Creme from Seattle’s Best. When I needed the caffeine that hot chocolate order would easily translate into a delicious mocha. Fast forward 20 or so years later after college and into my career. No one could have told me then that I would move to humid Tampa, Florida to become a coffee snob of sorts! This certainly should’ve happened when I lived in Seattle, no?

When I first moved to Tampa 15 years ago, there were Starbucks around, but local coffee shops usually served café con leche, which I was okay with because Cuban coffee was a “Tampa thing.” However, Tampa is where I grew my affinity for the perfect cup of coffee.

Make no mistake, Tampa has a growing coffee scene that’s a force to be reckoned with today. However, the history of coffee in Tampa runs deep. If you are a self-proclaimed coffee lover you need to head over to 22nd Street Coffee in historic Ybor city to get your Tampa Cuban Coffee Education today. Yes, the coffee is delicious. Yes, there are plenty of Cuban food items to choose from. Yes, the decor and seating area will make you want to stay for hours. Yes, they have baristas that can create whatever you like. However, the coffee education you will receive when visiting for the first time is an experience. Just go in and ask for the “coffee tour.” 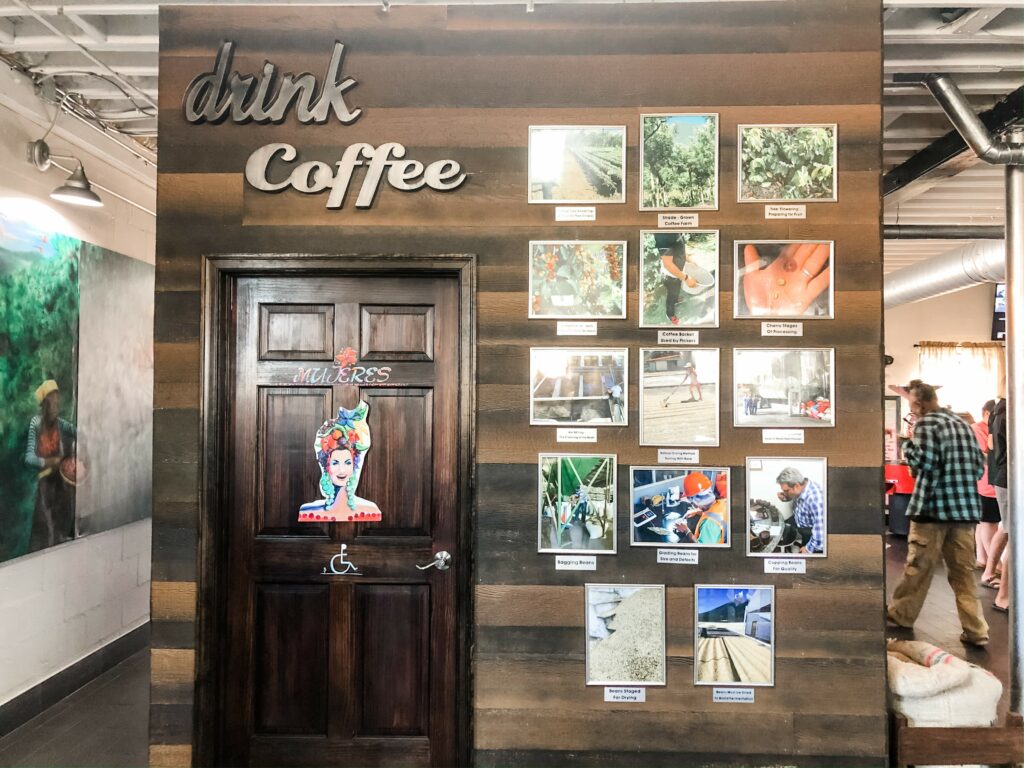 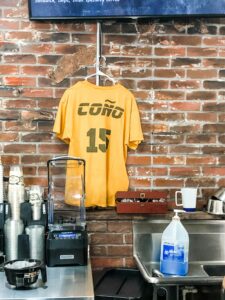 History of the Coffee Stronghold in Tampa

The walls in 22nd Street Coffee are covered in Tampa history dating back to the 1800’s. You’ll find a photo of oldest coffee roasting company in Tampa, photos of the cigar factories, and there is even a famous photo of Francisco Miranda the inventor of deviled crabs, who would sell them at the Cigar factories in Ybor City. The back wall also tells the story of what the owner, Denise, who won the Tampa Bay Business Journal 2019 Woman of the Year award calls, “the coffee stronghold” in Tampa. Her family came to Tampa from Cuba in the 1930’s to roll cigars. Rolling and cutting cigars is a mundane task so factory owners did a few things to keep the factory workers engaged. Most of the Cubans who rolled cigars in the factories didn’t speak English, so the factories would hire a ‘Lector’ who read the English newspaper aloud to the rollers in Spanish. The factory owners would also brew strong coffee in tiny cups and put them on the rolling tables to keep the workers energized. 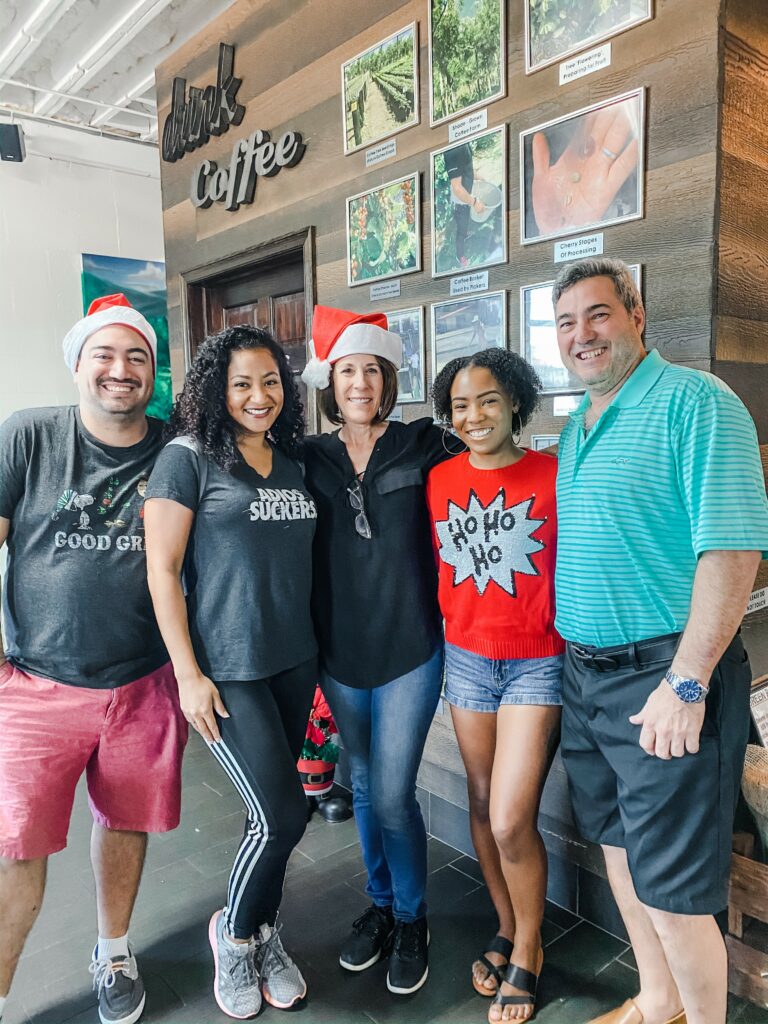 Coffee Empire of the Southeastern US

The heart and soul of 22nd Street Coffee is its owner, Denise Reddick. She is not only the descendant of Cuban cigar rollers of the 1930’s, but she is also the heir of the coffee throne in Ybor City, for she is a Perez. Her father, Richard Perez learned to roast coffee in the 1960’s namely in the historic La Norma Coffee Mills which dates back to 1929. Perez worked for various coffee establishments ending with the Coca Cola coffee division. In 1968 Perez opened his own roastery, BRISK Coffee Roasters with a 100-pound batch roaster, a warehouse, and a delivery truck. BRISK, still owned by the Perez family is the largest independent roaster in the Southeastern United States. If you have had a cup of coffee in a coffee shop, an airline, a hotel, a cruise ship, and even a chain restaurant then you’ve probably had a taste of Perez coffee. This is a coffee empire that has been brewing in Tampa for over 50 years.

The BRISK warehouse originally sat in the back of a bakery on the corner of 8th and 15th in Ybor City. So, there is much importance to the spot that 22nd Street Coffee now sits, which is directly in front of where that old building once stood. In 2009 BRISK opened a state of the art facility triple the space of the old one, but it still remains in Ybor City and it’s likely you’ll pass it on your way into 22nd Street Coffee. The coffee is roasted to order at the warehouse and roasted daily in the cafe.

In the cafe itself, you’ll see two small roasting machines as you walk in. If you’re lucky Randy Gonzalez, the master roaster will be there to roast a small batch of green beans to your liking. There’s nothing like enjoying freshly roasted coffee. Even better, is enjoying a local establishment where the history of Tampa runs deep. So deep that Denise’s daughter is named after the famous deviled crab inventor himself. You’ll definitely feel the Tampa pride in this building. Denise is certainly a Tampa Historian in my book. If you are visiting Tampa, you’re were born and bred or you’ve made Tampa your home you want to hear her tell you her family story.

So, when you go into 22nd Street Coffee and order a café con leche or the famous Coño iced coffee you aren’t just sipping a simple cup of coffee. You are sipping a freshly roasted, legendary cup of history.

22nd Street Coffee is located at: 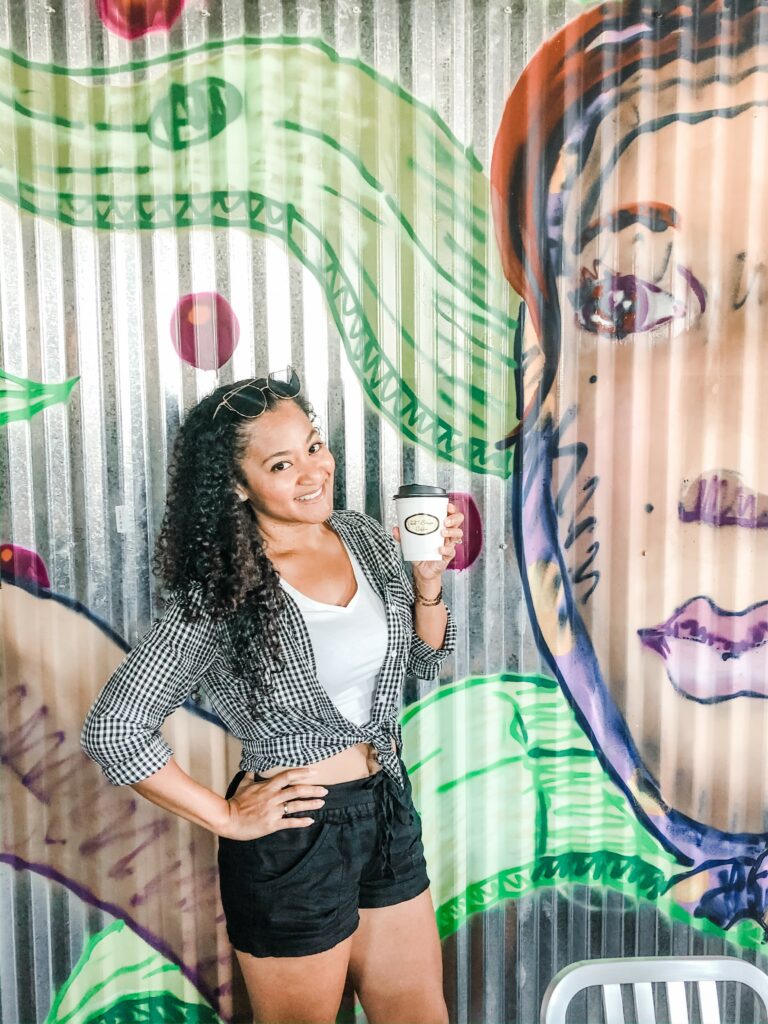 Best Way to Find Plant-Based Food Options In Your Area is to Attend a Vegan Food Festival: Review of the Florida Vegan Gourmet Food Festival 2020