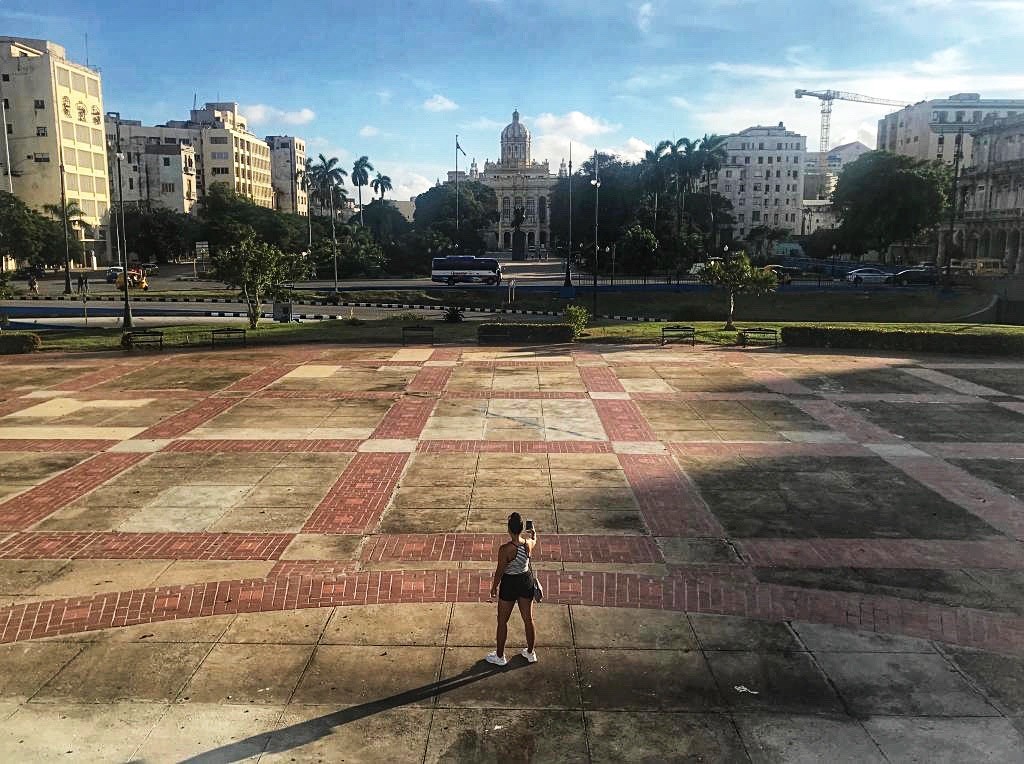 My road to becoming an Influencer in a few months

Time for a touch of reflection to put today into perspective. Then do what I do best…move forward.

Anyone who has ever met me is always shocked when they hear a nugget from my past or see what I’m capable of. Looks can be deceiving. Hopefully, this post gives people an idea of who I really am…I’m a grown-ass experienced woman who makes sh$t happen.

All I can hope is that this blog post will inspire you for your 2020 vision. If I can anyone else can too.

At the start of this decade, I was a Director of Channel Management at an IT Cloud Computing firm when no one knew what ‘The Cloud’ was. I worked from home, but I also traveled extensively for work. This work took me away from home more than most wives with small children would like to be. I was still living in Pinellas County, Florida (Clearwater at the time and the last city in Pinellas that we lived) and I cherished the “me time” that I had after everyone left for work and school.

In 2010 a stalker (Long, long story) that has stalked me since high school, and hadn’t found me since college popped back up and started harassing my work social media profiles. I always kept my “real life” private and away from my public persona as I always did for protection against this stalker. Thankfully since I worked remotely he couldn’t tell where I lived based on my company address, which was a Data Center in the San Francisco Bay area. 2020 was also the year I created my Yelp account and wrote my first review. Yelp was the only personal social media outlet I had where everyone really knew my name.

In 2011 we moved to Tampa and gave up on Pinellas County living. We became Westchase area residents, known for middle to well off families and an A+ school district. In 2012 my husband landed a new career that required him to also work from home…no more “me time” and the house that I thought we’d end up buying in the neighborhood I fell in love with became too small. We moved to a bigger house and neighborhood that I hated in what was considered the Greater Westchase/Citrus Park area, still keeping our kids in the same A+ school district.

In 2013 I stopped doing the accounting for a small church I was the CFO for, so in the time that I freed up, I started an online side hustle, my distribution company. In 2014 I became a Yelp Elite as an ultimate foodie. Then in 2015, I made the hard decision to walk away from my successful IT career while I was on a girl’s trip to Vegas. My “side gig” was getting too big to be on the side and the income surpassed my salary. Everyone thought I was crazy and wasn’t sure I was making the right decision…I was a young Director who built the company’s Channel Sales Program with a damn good salary and a lot of influence in the IT service provider channel, for God’s sake! However, no one ever stops me from doing what I feel is right. The only person that can do that is me.

In 2017 we decided to finally settle “permanently” in Westchase and started a house hunt. I never got over the first neighborhood we lived in, but all the houses that popped up on the MLS for that neighborhood were just too small for our needs. One weekend for sh&ts and giggles we rode into our old neighborhood and stopped to check out a For Sale By Owner open house. That house had an addition in the back which made it larger than most of the other homes in the neighborhood and we determined that it was big enough for us. We bought the home and I was back where I wanted to be.

Christmas of 2018 I booked two round trip tickets for my mother and myself. We would travel the entire month of June 2019 to Europe as my gift to my Mom. It was a dream of hers for as long as I could remember. I was excited knowing I was going away on a long trip as I love to travel, but I wasn’t necessarily excited about Europe. I’m so into “culture” that I tend to visit countries with people of color. My narrow mind at the time couldn’t imagine that the continent of imperialism would be a culture trip. This trip was also going to be the longest I had ever been away from my husband and children, who are now teens. The trip was booked and I went back to regular life.

In February of 2019, I got the Yelptime Achievement Award and my husband and I also got the Yelp Couple of the Year at the Yelp Tampa Bay Yelpies Award Party. So, yes, we are certified foodies!

In the same month, I decided I needed to do something about my insomnia that I’d been suffering from for several years at this point. An ad popped up on Twitter that spoke directly to my issues. So, I got qualified for a medical marijuana card. Random, right? Oh no, this gave me the bit of energy I needed to really become more! I started getting a full night’s rest for the first time in years.

Getting sleep was imperative to my transformation. I started working out consistently and I dropped 12 pounds before my trip to Europe in June. In Europe, we traveled to 9 countries mostly by rental car and I lost another 12 pounds by the time we came back to the United States in July from all the walking we did. I wasn’t fat, but I wasn’t in shape before this weight loss. I did look better in my photos, which led me to share my photos on social media.

That month-long trip to Europe changed the trajectory of my life. It opened me up to immersing in cultures that I thought I’d only care to glance at as a tourist. My mother fulfilled her dream of traveling to Europe, but I surprisingly evolved into the person I was supposed to be. For the first time since moving away from Hawaii as a teen, I felt the Spirit of Aloha brewing inside me again.

I decided on that trip that I wanted to start a blog to share my sentiment with the world. I wanted to make extensive travel (not just weekend getaways, family vacations, and girls’ trips) a large part of my life and somehow make a living from it. At the time I didn’t know how, but my mind became fixated on it. So, the next thing that happened was quite random.

We were forced to sit with a Canadian couple at a very popular and tiny pizza shop in Florence Italy. We started sharing photos of our travels through Europe thus far and they kept going to Instagram. Based on how organized their photos were that basically told a story of their vacation, I decided to post some photos on Instagram too. I barely used Instagram unless it was to win a Yelp contest, which was the reason I opened the Instagram account in the first place. I posted some photos in order starting with Germany, to Switzerland, then Italy.

In July of 2019, I had less than 200 followers on Instagram (IG) and I told myself that I should be able to grow my account to 10K followers in 10 months. That’s 1000 followers a month. I had no idea how hard that was because I wasn’t even using my IG account much, but I was determined. That blind ambition was probably best at the time as I wasn’t yet jaded by the dreaded IG algorithm.

Aside from it not being as easy as I thought to grow an Instagram account, it wasn’t an easy move for me to make, socially. Remember I’ve had a stalker since I was a teen so social media and my “real self” didn’t mix due to fear he’d find me and my family. I decided I needed to have faith and that God wouldn’t put these dreams in my head if it wasn’t what I was supposed to do.

For the first time in my life, I put my personal life out there in a public, not private way. I couldn’t hide who I was to the world any longer.

Learning the world of Instagram taught me how to be much more engaging in a personal way on social media. I was great at marketing B2B and ran social media accounts for business, but never for myself personally. I still have a long way to go, but I learn from every mistake.

Somehow that faith and making moves; growing and learning Instagram organically and starting this blog (I created the website in September 2019 in one weekend), threw me into a whirlwind new venture as a digital content creator on social media…dare I say, I’m now an ‘Influencer.’

If someone would have told me a year ago that I’d be a blogger and a paid influencer today I would have laughed in their face. My distribution company is currently still my main source of income. I’m still a wife and mother. I also have the urge to travel for longer periods and more frequently. So, my new goals include more expansion and automation. I’m making plans and moving on them…because that’s all God needs to make a path.

I’d love to hear your story and your 2020 vision. Drop me a comment and let’s engage!